Jack is Back. Some of you maybe fimilar with Jack, but, If you are not fimilar with Jack Mickievicz, here is a breif story about the guy. Jack is the man who introduced packaged dubbing to the market somewhere in the Early 70's. He helped co-design the presentation Renzetti vice too, he has also accomplished and done many things for the fly fishing industry too many to list, but enough to be well known through-out the north east. Most of what I didnt know until just recently. Heck I had no clue the guy ever exisited up in till a few weeks ago, when I was sent a few packages of his dubbing to try out. The dubbings I received were Jack Mickievicz Genuine Hare Dubbing Dark Olive, Rainbow Masterblend Stonefly yellow, and Red Fox Squirrel Thorax dubbing. My good friend Kevin over at Performance Flies told me he had lured Jack out of retirement to work on his amazing blends of dubbing once again. I don't know too much history of his dubbings, but from what I do know, his dubbings are very popular through - out the north eastern United States and have been searched out by many folks.
As of now the dubbings he is offering over at Performance Flies is Jacks Genuine Hare's Ear Dubbing is made with English Hare skins and is available in Ginger, Brown, Medium Greyish Brown, Blackish Brown, Olive, Olive Brown, Blackish Olive, Light Dun, and Dyed Black. 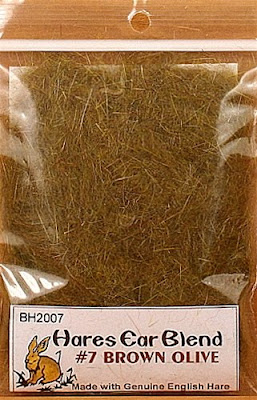 Jack's Squirrel Blends is a mix of Squirrel and Antron that not only gives your flies spikiness it also gives it a small bit of flash but not too much to shy the fish away. Just enough to lure the fish in. The Squirrel blends come in Grey and Antron, Red Fox Abdomine Blend (Belly hair), and Red Fox Thorax Blend(Black hairs). I think you will really enjoy this dubbing. I have found it very easy to work with and I have also mixed it with some Angelina fibers to give it that extra special pop. 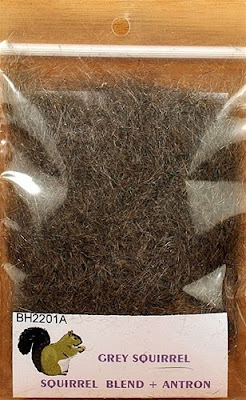 Next Up is Jack's Masterblend which is a mix of Natural Fur, Antron and Crystal Flash and this stuff comes in the pefect color combonations for you midge tiers out there. Rainbow Warrior Light color, Ranibow Warrior Dark, Purple Haze, Stonefly Yellow, and Peackcock Olive. I also think you guys will enjoy the the Stonefly Yellow and Peacock Olive colors. I have included both of them here to give you an idea of the coloring in these mixes. 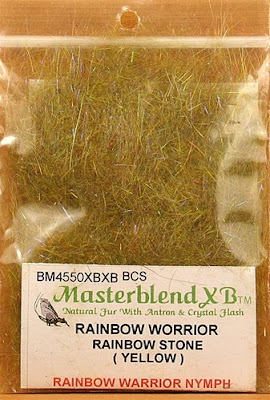 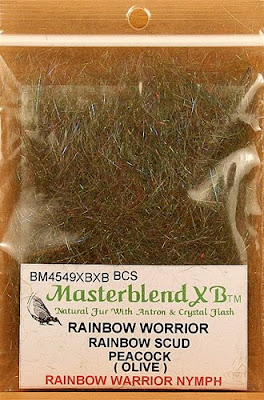 And the last blend that is available is the Poly Caddis Blend with Antron. I have yet to see and play with this blend but I thought I would share that it is also available. Colors available for this blend is Amber & Cream, Olive, Apple Green, Brown Olive, Tan Caddis, Grey Caddis, Cinnamon Tan, Yellow, Greyish Yellow, and Blackish Brown. I am showing the Olive color here because I think it pops really nicely and should be a sure fish catching blend. 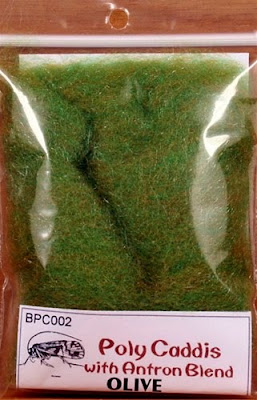